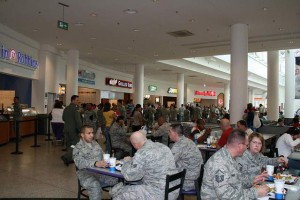 The question of increasing the minimum wage on military bases around the nation now appears to be firmly decided – against fast food businesses operating under a federal service contract.  The Department of Labor has rejected requests for an exemption from the increased federal minimum wage for QSRs operating on military bases and other government compounds.  DOL this week, published its final rule implementing a Presidential executive order signed on February 12, 2014 that increases the federal minimum to $10.10 per hour for all new and renegotiated federal contracts effective January 1, 2015.  There have been serious concerns raised about the ability of QSRs to continue to operate on federal bases in light of the fact that they are prohibited from increasing their prices above those within a 3 mile radius of the base.  In fact, the deputy assistant secretary of the Navy for military manpower and personnel had advocated for the exemption in fear of up to 390 fast food concessions closing on military bases at a cost of 5750 jobs held by military family members.