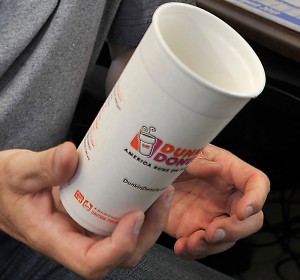 Subject to the proverbial “study”, the New York City Council last week passed an ordinance setting up the likely ban of polystyrene foam throughout the nation’s largest city.  The bill allows lawmakers to ban styrofoam if the Sanitation Department finds after a year-long study that it can’t be recycled effectively.  The objectivity of the study is clear in the following quote by outgoing NYC Mayor Michael Bloomberg who pushed the ban and will sign the bill: “Once the ban takes effect, it will be much easier and more economical to collect and separate recyclables.”  (Emphasis added) We’ll keep you posted on any new developments.