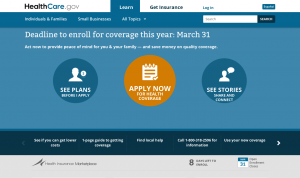 The 2014 enrollment period from the mandates of the Affordable Care Act expires in another week on March 31.  With a few weeks to go, the Obama Administration was claiming that 4.2 million Americans had signed up through the online marketplace, far fewer than the 7 million signup goal of the administration.  HHS still does not know how many of those 4.2 million enrollees were previously uninsured or how many have actually paid for their new plans.