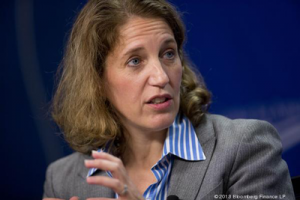 We recall the disaster that was the Obama Care roll-out across the nation last year at this time as websites were crashing and Americans were being stripped of their health insurance (“If you like your health insurance, you can keep it!”), but Health & Human Services (HHS) projections paint a smaller but less problematic result for this year’s enrollment period.  In a briefing for the Center for American Progress, broadcast on C-Span this past week, HHS Secretary Sylvia Burwell projected that between 9 and 9.9 million Americans will avail themselves of the open enrollment period, which begins tomorrow, November 15 and sign up for health insurance coverage through www.healthcare.gov.   The Secretary also predicts that the number of Americans covered by the exchanges will grow between 25 and 30 percent in calendar year 2015 and reports that fewer employers are dropping coverage than was expected.