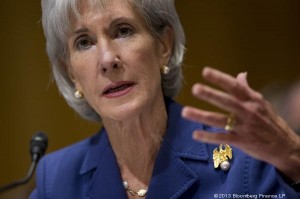 The rollout of the so-called Affordable Care Act (ACA) also known as Obama Care continues to have significant difficulties with its initial launch, as do Obama administration officials running the program.  This week, two different Congressional Committees – one in the House and one in the Senate – heard HHS Secretary Katherine Sebelius describe the rollout as “excruciatingly awful”.  In addition, she and Center for Medicare and Medicaid Services administrator Kathleen Tavenner both refused to provide specific numbers on enrollment data from the government website healthcare.gov.  Their refusal prompted Congress’ Ways & Means Committee to issue subpoenas for the data.