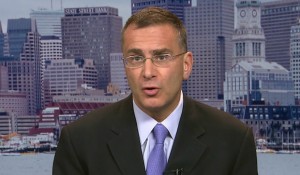 It may have never been terribly popular with the American public, but the Affordable Care Act is now less popular than it has ever been.  According to a new Gallup poll released earlier this week, only 37 percent of the American public supports Obama Care, while a full 56 percent disapprove of the law.  The survey was conducted between November 6 – 9 (election day was November 4), while “Grubergate” didn’t break until November 9, when this one video clip was originally posted online.  Notwithstanding the new poll results, the second enrollment year began earlier this week on November 15.  Under the mandate, employers with more than 99 employees must begin to offer their full-time employees health insurance coverage beginning in January or face penalties for not doing so.  Notwithstanding that only so-called large employers (more than 99 employees) are mandated by the law in 2015, smaller businesses will need to start tracking employee hours and keeping relevant records to determine full-time employees and FTEs (full-time equivalents) in 2015.  The provisions applicable to small employers (50 – 99 employees) will not take effect until January 2016, but also require a 6 month record of employment hours to validate that determination.