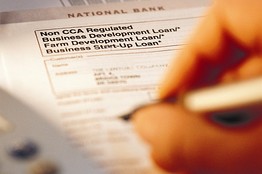 Henry Pulizzi of the New York Times reports that President Barack Obama unveiled initiatives to help small businesses, saying the U.S. has “a long way to go” to ensure that credit flows to an area of the economy hit hard by the recession.

“There is still too little credit flowing to our small businesses. There are still too many entrepreneurs who can’t get the loan they need to open their doors and start hiring,” Obama said in a speech at Landover, Md.-based Metropolitan Archives, a family-owned firm that stores and delivers paper files for large companies.

Obama detailed plans for legislation boosting the maximum size of certain Small Business Administration loans and called for new steps to provide lower-cost capital to community banks. The administration believes the measures will help boost job creation at a time when the unemployment rate is expected to eclipse 10%. Small businesses shed 2.4 million jobs from the middle of 2007 through the end of 2008.

“Of all the steps we’re taking to move this economy from recession to recovery, I continue to believe that the success of our small businesses will be a foundation upon which our future prosperity is built,” Obama said. “So we will continue to do whatever we can to help these businesses grow and thrive.”

Under the White House plan, the maximum size of so-called 7(a) loans would rise from $2 million to $5 million, helping businesses invest in machinery, equipment, land, and buildings. The SBA’s 7(a) loan program provides partial guarantees on loans for small businesses borrowing to invest in working capital, machinery and equipment, and real estate. It is the agency’s largest loan program.

The top size of the SBA’s 504 loans would rise to $5.5 million, an increase the administration says would help businesses expand their payrolls by supporting real estate purchases. The 504 program provides guarantees on loans for real estate and other fixed assets to small businesses for expansion that will create and retain jobs.

The maximum size of SBA microloans would increase from $35,000 to $50,000 under the administration’s plan.

In the second plank of the White House plan, community banks with less than $1 billion in assets, which make the bulk of small-business loans, could receive new capital at an initial dividend rate of 3%. The current rate is 5%. The rate would increase to 9% after five years to encourage timely repayment, according to the White House.

In hard-hit rural and urban communities, Community Development Financial Institutions that do the bulk of their small business lending in underserved areas would get access to capital at a 2% rate for up to eight years.

“The major banks that were in critical condition a year ago need no new assistance from the government, and so we are winding down that portion of the TARP program,” Obama said. “But to spur lending to small businesses, it’s essential that we make more credit available to the smaller banks and community financial institutions that these businesses depend on.”

A senior administration official said the amount of money allocated for the program under the Troubled Asset Relief Program won’t be determined until after a consultative process that will be wrapped up before the end of the year. The official said the program can be executed with existing funds and won’t be reliant on TARP repayments.