Before his career as a Dunkin’ Donuts owner and franchise industry expert, Rob Branca practiced law at the firm of Lisa & Sousa in Providence, RI. He worked closely with many Dunkin’ franchisees, setting up their business entities and real estate transactions—all the while gaining valuable insight into how family businesses operate and how franchisors and franchisees work together to achieve common goals. He also learned that the men and women involved in operating Dunkin’ Donuts restaurants all have great stories to share.

As he prepares to host another “Conversation with Franchisees” at the 2015 DDIFO National Conference at Caesars Palace in Las Vegas, Branca is reminded that what makes a panel discussion memorable is the personal stories franchisees tell on stage.

“People like to share stories. They are interested in hearing different franchisee experiences, but also enjoy hearing the similarities because it resonates with them,” he says. “As the host, I’m like an audience member. I find the same stories interesting and, like the audience members, I identify with the panelists. They all bring their own perspective to our business.”

This year’s panel includes: Mike Cavallo, who has worked and partnered with the Carlos Andrade network for many years; Nicole Hansen, who recently opened her second store in Reno; Parag Patel, who started his Dunkin’ career in Baltimore and is now developing new locations in southern California; and Alex Smigelski, a franchsiee whose network includes New York, Pennsylvania and Indiana.

Branca says most of the panelists have experience beyond Dunkin’. Smigelski has a finance background; Hansen developed her own coffee retailing business in Seattle before joining Dunkin’ Donuts.

“I try to select different people from different parts of the country. Even though they have different business or cultural backgrounds, they all have so much in common. I like hearing what attracted them to Dunkin’ Donuts; I find it fascinating,” says Branca. “By far the best feature of the conversation is when a panelist talks about a problem he or she encountered, everyone else gets to hear how they solved it.”

So, what’s on the agenda this year? Branca wants to keep some of that under wraps until the actual session, but he does say the topics will be timed to the issues and challenges that people are dealing with today—with Dunkin’ Brands and outside as well.

One issue that’s received a great deal of attention in the franchising world is the recent National Labor Relations Board decision that designated McDonald’s a joint employer because the company wields extensive influence over how the franchisees operate.

In the practical sense, whether the government views a Dunkin’ Donuts shop as a large or as a small business matters with regard to how it is regulated and what kind of autonomy its owners and managers have to run the business.

Nationally renowned franchise attorney Robert Zarco has some interesting opinions on the NLRB ruling and he will make those clear when he addresses the National Conference September 21, 22.

“His perspective challenges the notion that this ruling is bad for franchisees,” says Shanahan. “There is a line of thinking that says it’s actually worse for franchisors and may cause them to soften how much control they try to have on your business.”

Zarco has appeared at a number of DDIFO regional meetings and once testified before a Massachusetts Senate committee considering fair franchising legislation for the Commonwealth. He enjoys talking with franchisees in social settings as well and is expected to spend some time meeting with DDIFO members during his stay in Las Vegas.

The NLRB ruling is just one of many labor-related issues about which Dunkin’ Donuts franchise owners are expressing concern. Higher minimum wages, sick leave and scheduling regulations and “ambush election” rulings all present new opportunities for labor unions to organize. In fact, the national “Fight for $15” effort to mandate a $15 minimum wage for fast food workers is being led by the Service Employees International Union (SEIU).

“Franchisees need to be cognizant of these developments because they are going to be costly and difficult to implement,” says Shanahan.

Motivational speakers are not typically on the agenda for the National Conference because, as Executive Director Ed Shanahan notes, Dunkin’ Donuts franchisees are a pretty motivated group. But, he also recognizes that the conference provides an opportunity to expose members to new ideas that can help them run their business. It was with that in mind that Shanahan clicked on to YouTube earlier this year to view some clips of Dr. Sneh Desai, an expert in the power of the mind.

“He is a very well-known speaker and talks on enhancing the life,” says New Jersey franchisee Amul Modi, who suggested Shanahan watch Dr. Desai’s videos.” He can shed light on a lot of the issues we face in business. He addresses how to manage time and expectations and be happy. But, we are not just looking at money; as we grow in business we are also looking for balance in life.”

Dr. Desai speaks English and Hindi and will be presenting in English when he takes the stage at Caesars Palace.

“He has the challenge of coming in and motivating a motivated group of people, but part of what the National Conference is about is helping Dunkin’ franchisees elevate themselves to the next level. It could be your focus, your money management, the expansion of your holdings. So he is someone who can help you get to the next level. He represents one flight of stairs, if you will, one avenue to the next level” says Shanahan.

Modi, who says he has used Dr. Desai’s “train the trainer” videos in his network’s management training programs, was happy to make the connection and coordinate Dr. Desai’s appearance at the National Conference.

There’s a new component to the always-popular National Conference exhibit hall this year. DDIFO has invited vendors representing other successful franchise chains – ones that are not direct competitors to the Dunkin’ system – to exhibit along with the multitude of business members that offer goods and services specifically for Dunkin’ franchisees. According to Shanahan, it promises to provide even more valuable information for DDIFO members, especially as more Dunkin’ franchisees begin to explore franchise opportunities outside of Dunkin’ Donuts.

Each year the DDIFO National Conference offers insightful discussions, industry-specific guidance and a chance to meet and greet franchisees from across the Dunkin’ footprint. This year, amid the luxurious confines of Caesars Palace, there is a renewed focus on creating memorable programming and an enjoyable respite from the day-to-day operations that keep franchisees busy. Hopefully, the knowledge gained and relationships formed this year in Las Vegas won’t just stay in Las Vegas. 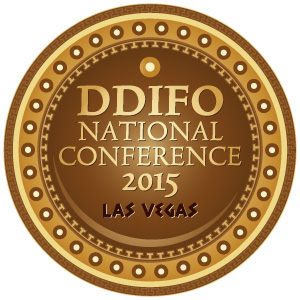 11:00–12:00 noon “Joint-employer: What it Means for You and Franchisors” Attorney Robert Zarco