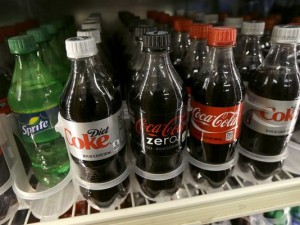 As though minimum wage battles at the local, county and state levels were not challenging enough, there were a number of other issues decided on various state and municipal ballots that members should be aware of.  Staying on the west coast for a moment, making headlines on another issue this week, Berkeley, CA voters approved a 1-cent per ounce tax on sugary drinks, becoming the first in the nation to do so.  That measure was even too extreme for the voters of San Francisco, which defeated a similar proposal seeking a two-cent per ounce tax.  Coming all the way east, voters in the Commonwealth of Massachusetts by a wide margin, approved a mandatory sick leave ballot measure this week.  The bill mandates that employees be given one hour paid sick leave for every 30 hours worked and applies to all employers with at least 11 employees.  With passage of this measure, Massachusetts joins Connecticut and California as the only three states that mandate sick leave for employees – at this time!  Voters approved, by a 64% – 36% margin, an advisory question on an Illinois Millionaire Tax Increase for Education.  This measure would increase the tax on incomes greater than $1 Million by 3 percent for the purpose of providing additional revenue to school districts.   It was a mixed bag for efforts to require special labelling of food products containing so-called GMOs, genetically modified organisms, in this week’s elections.  An ordinance approved by Humboldt County voters in CA bans the growth, cultivation or propagation of GMOs; classifies their growth as a public nuisance and authorizes the confiscation of such food products as well as the imposition of fines.  A similar measure in Maui County, Hawaii was approved with just over 50 percent of the vote, thereby banning the growth, cultivation or testing of GMOs.  Two state-wide efforts to ban GMOs outright were not as favorably received, as voters in both Colorado and Oregon rejected GMO-banning initiatives.  Election results were more positive on a number of other issues in a few states as well.  Nevada voters rejected the Nevada Margin Tax proposal which would have instituted a two percent margin tax on Nevada businesses making more than $1 million.  The revenue from the tax would have been allocated to public schools.  Polk County voters in Florida rejected a proposed increase in the sales tax in order to fund perceived transportation needs, while 74% of voters in Georgia took the initiative to prevent future legislative tax grab efforts by passing an amendment to their state constitution capping the maximum state income tax rate at that which it will be on January 1, 2015 – 6 percent!  Similarly, Tennessee voters prohibited their elected officials from imposing any future state income tax other than that which is already authorized (certain stock dividends and interest income) by a 66 – 34 percent margin.