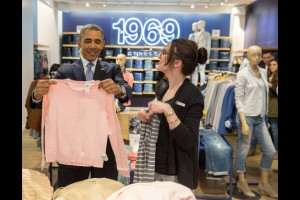 Russia may have invaded Crimea, Syria may still be in chaos as their civil war rages on, his Affordable Care Act may be devastating the health insurance of millions of Americans, and millions more may have given up looking for work in the current economic environment, but President Obama whistles past the graveyard and continues to focus on misguided anti-business domestic initiatives.  His latest, announced just yesterday, targets the overtime rules administered by the Department of Labor and will increase by millions nationally, the number of American employees entitled to overtime pay.  Coming on the heels of his non-stop campaign to raise the federal minimum wage to $10.10 an hour, the overtime changes were made by Executive Order (the vehicle by which most of his presidential initiatives have been implemented) and were strongly opposed by the business community.