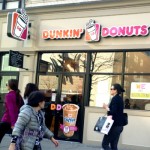 For Efharis Alepedis, there was no indication that the illustrious 117th running of the Boston Marathon was going to be any different this year for her family’s bustling Copley Square store. It’s the busiest day of the year for the shop, which is just a few hundred feet from the famed blue-and-yellow painted finish line.… 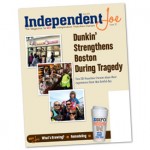 More West Coast Movement on Fair Franchising – Although it is not yet over, good news continues to stream out of California on the Fair Franchising initiative.  This week, the California Assembly’s Committee on the Judiciary approved the bill on a 7-2 vote with one member absent and not voting.  The bill has now been sent to the Assembly’s Committee… 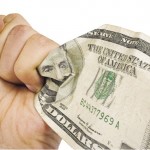 Rising health care premiums. Minimum wage increases. Paid sick leave. Bans on large sugary drinks and Styrofoam containers. Running a business has plenty of challenges even before the government gets involved. And get involved they have: federal, state, and local governments are all looking for ways to squeeze more money out of businesses and individuals,…

Originally Published on Boston.com It was clear amidst the chaos Friday which was the hometown coffee chain. On block after block of the Boston’s Financial District and Downtown Crossing, Starbucks shops went dark as the city locked down, spurred by a manhunt for the second marathon bombing suspect. Dunkin’ Donuts stayed open. Law enforcement asked…

Dunkin’ Donuts announced today that it has donated $100,000 to The One Fund Boston to support families of those impacted by Monday’s Boston Marathon bombings. The fund was announced this week by Massachusetts Governor Deval Patrick and Boston Mayor Thomas Menino. Additionally, Boston-area Dunkin’ franchisees have been and will continue to support emergency workers in…

Register for the Meeting 10:00 AM – 1:00 PM  Quarterly Meeting, DDIFO Board of Directors (All are welcome!) 2:00 – 2:30 PM     Welcome – Ed Shanahan, Executive Director, DDIFO  “A New Direction – A New Effectiveness!” A presentation by the new Executive Director of DDIFO on the status of the organization, its current position, and it…

The Warwick Beacon this week reported that Dunkin’ Donuts franchisees kicked off the second annual fundraiser for Operation Tribute, a non-profit organization that helps provide gifts to children of active-duty servicemen and -women. Now through Dec. 2, customers at Dunkin’ Donuts restaurants in Rhode Island and Bristol County, Mass. who donate $1 to Operation Tribute…

Starbucks Corp. owes baristas in Massachusetts $14.1 million for a policy that gave shift supervisors a share of the tips, the U.S. Court of Appeals for the First Circuit has ruled. On November 9, a unanimous panel affirmed a March 2011 class certification ruling and a January 2012 final judgment and damages ruling by Judge…