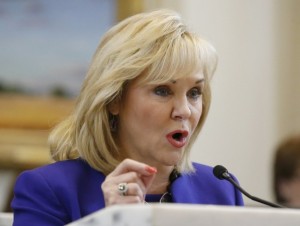 As discouraging from the small business perspective as minimum wage news from around the country has been over the last several months, there actually is some good news, albeit limited in scope and reach.  Nonetheless, a few months ago, organized labor and some of their supporters in lower wage positions pushed the city leadership in Oklahoma City to raise the minimum wage in OKC from the current $7.25 to $10.10 as has been pushed by President Obama.  In response, state lawmakers passed a bill banning local communities from establishing a minimum wage in excess of the statewide minimum.  The legislation, which the Governor signed into law, also prohibits cities from establishing paid sick leave requirements.  Similarly, in the state of Rhode Island, hotel workers in the capital city of Providence pushed for a $15 minimum wage applicable only to large hotels within the city limits.  In response, the Rhode Island legislature passed legislation as part of their budget, increasing the state minimum to $9 next year, but also taking away the authority of cities to set their own minimum wage.  If signed by the Governor, Rhode Island will join Oklahoma as well as Colorado, Florida, Georgia, Louisiana, Oregon and Texas as states that ban local communities from establishing their own minimum wage.