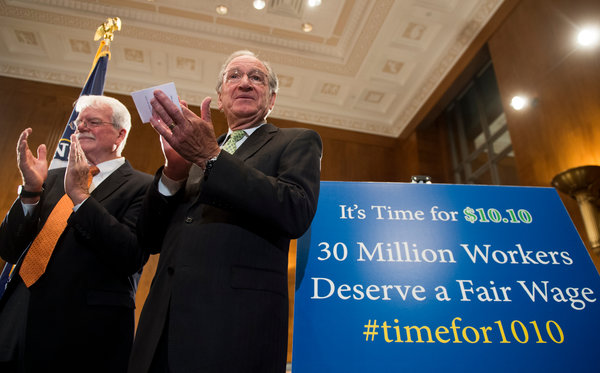 Members will recall some months ago when President Obama announced his support for increasing the federal minimum wage from the current $7.25/hour to $9.00.  Well, last week it appeared that administration officials and their allies were signaling that Obama would be supportive of bumping the federal minimum up to “at least” $10.10!  In a New York Times article a week ago, it was reported the White House is endorsing the Fair Minimum Wage Act, which would increase the wage 95 cents in each of three steps over the course of two years.  The bill, sponsored by Senator Tom Harkin (D-Iowa) and Representative George Miller (D-California), would also index the elevated minimum wage to inflation.