By AdminPublished May 2, 2014Category Small Regular – No Sugar! 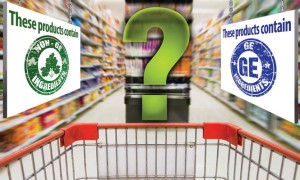 Source photo and artwork from CAST and Shutterstock.

Last week we told you that Vermont had become the first state in the nation to require special labelling and that Congress is also looking at the impact of state mandated labelling.  This week, the Council for Agricultural Science and Technology (CAST) released a white paper (Potential Impacts of Mandatory Labelling for Genetically Engineered Food in the United States) on the subject.  Among the report’s findings: all domesticated crops and animals have been genetically modified in some manner; evidence shows that GE technology is equally safe to conventional breeding; market-driven voluntary labelling measures are working and need not be mandated; labelling authority should continue to be a federal responsibility and harmonized with international trade agreements; and mandatory labelling will directly lead to increased food costs for the consumer.