By Cindy AtojiPublished May 1, 2021Category Features 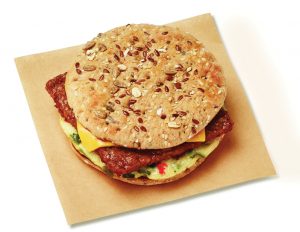 For quarantine weary diners, the fast food breakfast industry has echoed with a clear message: We have some cool new foods to try for your morning meal. After 2020 when product innovation was largely put on hold as restaurants focused on staying afloat and managing health and safety issues, the leading chains launched 2021 with many important new food releases. The introductions are aimed at creating buzz for the chains, profits for franchisees and earnings for investors. Case in point: Burger King’s reintroduction of the French Toast Breakfast Sandwich, Dunkin’s Southwest Veggie Power Breakfast Sandwich, and freshly cracked eggs on sandwiches at Tim Horton’s.

“The breakfast wars are heating up, and there are skirmishes on both the food and beverage fronts, but either way, it’s all about the morning and craveable breakfast food,” says Robert Byrne, director of consumer and industry insights at the research firm Technomic. “The consumer is changing and looking for something different. The breakfast market is still taking shape.” 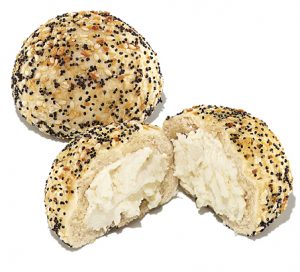 Everyone knows, of course, the breakfast category was shaken to the core during COVID. Along with late-night dining, breakfast was hit hard by stay-at-home and remote work. With nowhere to go in the morning, people’s morning coffee routine happened at home. “A lot of people left breakfast for dead at the beginning of the pandemic, assuming the work-from-home trend and stay-at-home orders would decimate the morning daypart,” Sam Oches, editor of QSR magazine, said during a virtual meet-up on breakfast with restaurant professionals. “But restaurants have proven that breakfast isn’t dead yet. And in fact, the daypart still has a ton of untapped potential as we come out of the pandemic.”

As daily commutes and responsibilities for being in the office or school change, the dayparts have become amorphous, says Technomic’s Byrne. “The time period for breakfast began to shift later and later into the morning; there was an increase in snacking and the way people thought about meals.” Last October, during his last earning’s call, former Dunkin’ CEO Dave Hoffmann noted how Dunkin’ responded to the end of the morning ritual with food and beverages suited for both morning and afternoon dayparts. “Because we simplified our menu, we created room for growth for all-day product innovation. We were able to quickly expand our menu with easy to execute, handheld snacking items, such as Bagel Minis that complement premium beverages like our Signature Lattes.” Hoffmann also called out premium espresso drinks, which he referred to as “products that can’t be easily made and replicated at home.”

Restaurant usage changed as well, according to Byrne. Digital and mobile ordering spiked and curbside pickup and entryway handoff became norms, signaling a shift in consumer behavior. But it was less about convenience and more about safety and while there has been rapid acceleration of technology, Byrne isn’t sure how much of these behaviors will actually ‘stick.’ There are a lot of variables that have yet to find a square landing spot,” he says.

Another new emerging trend, breakfast delivery, of which the a.m. daypart still makes up only a small slice of the overall delivery pie, more than doubled its share in 2020, to 3.9%, from 1.6% in 2019, according to Technomic. Byrne predicts that delivery will revert to in-store visits as workers return to the office, but others, like Robin B. DiPietro, a director at South Carolina College of Hospitality, Retail and Sport Management, believes that delivery will continue to be a major part of breakfast dining. “As more people find that they can work at home or do some work in different places, delivery will be big,” DiPietro says. “Demand for delivery might be a bit less than during the pandemic but it will still be relevant.”

Is breakfast back on track?

Breakfast stats are improving now. A year after COVID disrupted our daily routines, buying breakfast looks to be back on the menu, according to the data analytics company Earnest Research, which tracks the foot traffic and the credit card spending of millions of Americans. 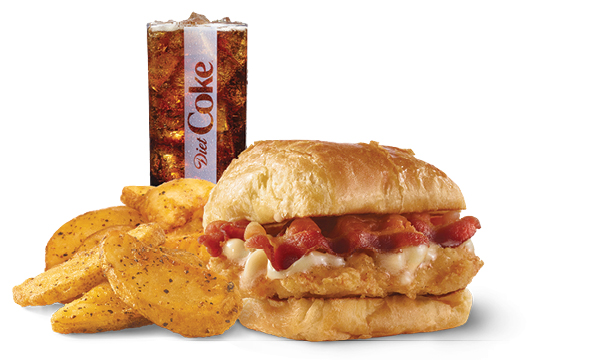 The recent headline in Nation’s Restaurant News, “The breakfast daypart is reawakening,” credits chain operators with beefing up breakfast menus with comfort-food favorites, indulgent innovations and dishes that transcend dayparts. And no chain has done more to supercharge breakfast than Wendy’s, which chose 2020 to launch its fifth effort to build a breakfast business. The last time – in 2010 – the effort was derailed by sputtering sales, high food costs and aggressive menu discounts from McDonald’s. But, as the decade flipped, Wendy’s developed a blockbuster breakfast menu to guide it back into the morning fray. With a lineup that included a Breakfast Baconator; a Bacon, an Egg and Swiss Croissant; and the Honey Butter Chicken Biscuit, Wendy’s figured it would stay the course even after the world changed. The chain’s dedication paid off. In the third quarter of 2020, Wendy’s posted its highest global same-store sales performance in more than 15 years, with breakfast fueling the uptick. Wendy’s reported the category contributed roughly 6.5 percent to its U.S. same-store sales in the period. Carl Loredo, Wendy’s chief marketing officer, admitted to QSR magazine that COVID was a strange time for Wendy’s, “a breakfast nobody” to become a “breakfast somebody.” “We came into the morning daypart as an underdog,” Loredo told the magazine. Technomic reports Wendy’s has now become the nation’s fifth largest QSR chain overall.

With a rejuvenated Wendy’s and a hope of revitalization in the QSR space, morning visits to chain restaurants – those occurring between 6 a.m. and 11 a.m. – have jumped about 20 percent since February, according to Earnest research data. A closer look shows McDonald’s breakfast traffic increasing 3 points from early 2020 and Dunkin’ ahead of January 2020 by 2 points. Wendy’s and Burger King each increased by 1 point. Of the major chains, the outlier appears to be Starbucks, whose breakfast traffic is down 6 points from the beginning of 2020. That is clearly one reason the research company The Allegra Group is predicting it will take U.S. coffee chains two years to fully recover from the $11.5 billion sales plunge brought on by COVID-19. Allegra says pre-pandemic sales will return in 2023.

What is not clear is whether the post-pandemic consumer will opt for a nutritious breakfast option—or a dazzlingly appealing Breakfast Baconator. The e-commerce site PYMNYS.com reports a polarization of consumers’ breakfast appetites, with both nutritious choices and comfort foods increasing in popularity. Case in point: Dunkin’s Avocado Toast versus Burger King’s returning French Toast Sticks. One says trendy and possibly somewhat healthy, the other says convenient indulgent, comfort food. Each can appeal to bored consumers who are eager to experience something they can’t make at home. Technomic’s recent report, “Consumers are Ready for a Change,” highlights what is ahead for quick-service restaurants, among others.

Byrne says as consumers dining needs and experience shifted toward a new normal – more snacking during the
day and a later breakfast – those operators who innovated and provided creative discounts or food options found success. “Brands must differentiate to stay ahead,” he emphasizes, adding breakfast fare will continue to be conceived as portable, handheld food that can be eaten in the car, like it was before the pandemic.

What’s more, Industry watchers believe breakfast will remain a fiercely competitive daypart, where some might say, “It’s never too late to enter the game,” as evidenced by Wendy’s emergence.

According to DiPietro, with the South Carolina College of Hospitality, breakfast QSR will stay healthy with a pent-up demand that needs to be resolved. “We need our meals out. [People are saying,] ‘I’m tired of a bowl of cereal for breakfast, I need some good, protein filled, breakfast sandwiches,’” she says.

And to sweeten the thought, consider this comment from Bruno Mota CEO of Pembroke & Co., a B2B consulting firm in Boston: “I was even somewhat annoyed having to brew my coffee several times a day during the initial lockdown. It’s one of my few pleasures, getting a coffee out, and it is the same with most people.”