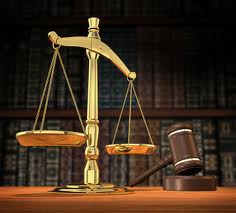 With the New Year arriving, so too are changes to laws in the states around the country, and these changes were actually passed by the states’ legislative bodies!  We reported to you last week that the minimum wage was increasing in some 21 states around the country as of January 1, 2015 and we think that information is important enough to repeat, so the list of minimum wage increases is here again.  At the same time, we hasten to add that other laws impacting our franchise owners became effective with the New Year as well.  Massachusetts now requires that businesses with 11 or more employees provide paid sick leave for their workers, whether full or part-time.  The state of New York has a couple of new tax laws taking effect that members may want to check into – one provides employers with a tax credit for hiring and employing a qualified veteran, while another provides a credit for hiring individuals with developmental disabilities.  Individual as well as corporate taxes will be dropping in North Carolina thanks to a tax code overhaul that their legislature undertook in 2013 and phased in over three years.  We’ll advise you of more as time and space allow over the coming weeks.