By Matt EllisPublished May 27, 2017Category Small Regular – No Sugar! 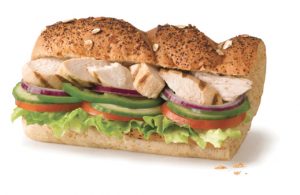 There are plenty of great stories about restaurants and food that go viral. There’s the one about Mr. Fries Man in Gardena, California, whose variations on the French fry include melted cheese, braised oxtail and Caribbean jerk sauce. Mr. Fries Man only takes orders on the social platform Instagram, and things really got sizzling for Mr. Fries Man when the rapper Nipsey Hussle posted a photo of an order of lemon garlic shrimp fries. The news spread and resulted in a banner headline from Eater of Los Angeles, an influential food blog, which said: “One of South LA’s Most Popular Street Vendors Goes Legit in Gardena.”

Unfortunately for every story like that, restaurant operators can point to many more that go viral for all the wrong reasons causing them great stress and misery. Over the years, virtually every food chain has experienced bad news about its food safety, product ingredients or cleanliness. And, with the rise of social media, any franchise owner in any system can be concerned something negative about them will go viral. Many Dunkin’ Donuts operators are still dealing with the backlash of a recent lawsuit claiming margarine was used instead of butter on bagels ordered at some shops in Massachusetts.

While bad news travels fast, it can take much longer for the fallout to die down. When people started getting sick at Chipotle restaurants, social media lit up with posts about bad food. And Chipotle is battling the aftermath to re-establish its credibility. The brand is hoping its new “As Real as It Gets” ad campaign will help erase past bellyaches. Chipotle stock is up slightly but hasn’t come close to its high of $749 a share in mid-2015—before its first case of bad press.

Keith Miller, a long-time franchisee with three Subway shops in Northern California, knows all too well that customers are fickle and positive feelings can turn foul, even against brands they like. So, when an explosive report about the makeup of Subway chicken aired in Canada, news spread fast throughout the U.S. and customers reacted.

“There were those customers who teased us and laughed it up, but there were others who believed the news and stopped coming in,” Miller says. It’s the customers you don’t hear from that impact you.

“A little hard to swallow”

CBC Marketplace is the investigative arm of the Canadian Broadcasting Company. Recently it commissioned DNA tests of the chicken sold by several chain restaurants, including McDonald’s, Tim Hortons and Subway. Of those tested, all but Subway averaged over 80% real meat. The CBC warned customers they may find the news “a little hard to swallow.”

According to the CBC, “Subway’s results were such an outlier that the team decided to test them again, biopsying five new oven roasted chicken pieces, and five new orders of chicken strips. Those results were averaged: the oven roasted chicken scored 53.6 per cent chicken DNA, and the chicken strips were found to have just 42.8 per cent chicken DNA. The majority of the remaining DNA? Soy.”

Subway was understandably surprised by the report. Its first public statement said: “Subway Canada cannot confirm the veracity of the results of the lab testing you had conducted. However, we are concerned by the alleged findings you cite with respect to the proportion of soy content.”

It went on to point out its chicken contains 1% or less of soy, which is used to help stabilize and moisten the meat. Subway promised to “look into this again with our supplier to ensure that the chicken is meeting the high standard we set for all of our menu items and ingredients.”

In lab tests and surveys, results can vary by a few percentage points up or down—that’s known as the “margin of error.” But, when Subway had its chicken tested at two independent labs, one in the U.S. and one in Canada, those results contradicted the CBC report, showing results way beyond the margin of error. In fact, they questioned whether the CBC’s report was a total error.

“The allegation that our chicken is only 50% chicken is 100% wrong.” Suzanne Greco, Subway’s President and CEO said in a statement, echoing a now famous statement made by another president, Donald J. Trump.

The President’s statement, uttered during a White House press conference, sent newspaper editors and broadcast journalists into a tailspin. But, the truth is that what is news and what is believable is under greater scrutiny than ever before. So, when allegations against a well-known and popular food chain like Subway arise, many would be quick to dismiss it as a “fake news” story.

“One of the biggest concerns any restaurant has is maintaining its customer base. If you lose repeat customers it can have consequences on sales,” says Erik Thoresen, a principal at the food research firm Technomic. “The danger of these kinds of stories for brands like Subway comes with ensuring the facts are out there properly.”

Subway was able to change the narrative of its crisis by commissioning and then releasing its own DNA test of the chicken it serves, but that was five days after the CBC story made its way around social media and news websites across North America. When the news first broke, Miller says, the response was too slow, and when the statement finally came, it was released in Canada before it was released in the U.S.

“In my opinion, the brand needed to respond more quickly to restore customer and franchisee confidence,” Miller says. “News travels fast and five days [to respond] is an eternity. Franchisees depend on the franchisor to protect the brand. The delay allowed many U.S. outlets time to pick up the story and run it.”

Thoresen agrees that today’s consumer expects immediate answers, but that is not always possible. “There can be a downside to responding too quickly in instances where facts are critical to resolving the issue. So, Subway collected its facts and then provided a statement, which may have actually benefitted the brand,” Thoresen says.

Franchisees and their employees are accustomed to fielding questions from customers about something they heard, saw or thought about the restaurant. Sometimes these questions are easily addressed with information the franchisee has at hand, or receives from the brand. Miller says in the case of the CBC chicken story, he and other Subway franchisees were in the dark because they did not know the specifications Subway sets for its chicken provider. They couldn’t reliably tell customers that Subway demands 1% or less of soy protein, which was what the brand told the CBC when it was first contacted.

According to Miller, even after the CBC story was debunked by Subway’s independent tests, franchisees in the Subway system still had to field comments or questions about “other stuff’ in their food.

“One of the hurdles a restaurant chain faces is that consumers are not familiar with food processing. Often things are added and consumers eat them every day,” Thoresen says. “Consumers today are fairly skeptical about what is included in processed foods that are sold in restaurants. This kind of story adds to that skepticism.”

Then again, as Thoresen points out, customers of quick service restaurants are typically driven by the price point. “Ingredient concerns have more to do with how the consumer values what they are eating. For a lot of consumers, if it tastes good that’s the number one thing.”

In addition, he says, soy is an all-natural food source that is not just a common filler, but also a main course in its own right. “There is soy filler in a lot of products. It doesn’t mean it’s a worse tasting product,” Thoresen says.

Of all the events that transpired in the days and weeks after the CBC story broke, Miller says he was not surprised that his competitors chose to ignore the story instead of mounting a campaign touting their own chicken sandwiches. At the end of the day, he says, there are not that many food service suppliers that can handle the kind of demand Subway and other large chains have for chicken. It may be an example of those living in glass houses choosing not to throw stones.

The lesson he hopes his brand has learned is that it needs to respond quicker to media – and franchisee – questions, particularly in cases when the news is about a core product, especially one that helps promote the healthfulness of the brand.

“It’s a real challenge for franchisees, but these things come up all the time in the food industry,” Thoresen says. “There is a difference between the way consumers interpret news about food safety versus news about unknown ingredients.”

And, that’s important to remember, even if the news itself isn’t exactly what the headline claims it is.