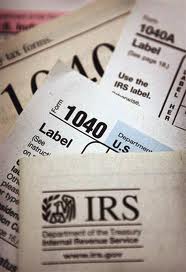 From time to time DDIFO is pleased to present Guest Commentary from valued contributors. Guest commentaries feature the views and opinions of the contributor and are not necessarily the opinions of DDIFO and it’s Board of Directors. The following is an article written and submitted by Jim Ventriglia, CPA 145 Phenix Avenue 2nd Floor, Cranston, RI 02920,  401.942.0008, jimv@jpvcpa.com, www.jpvcpa.com,

While the new law tax changes in the bipartisan legislation that was enacted in late 2010 were the most significant developments in the fourth quarter of 2010, many other tax developments may affect you, your family, and your livelihood.

Final regulations on stock reporting rules. The IRS has issued final regulations explaining the complex basis and character reporting requirements that apply for most stock acquired after 2010, for shares in a regulated investment company (i.e., a mutual fund) or stock acquired in connection with a dividend reinvestment plan after 2011, and for other specified securities acquired after 2012. In brief, brokers will have to report to the IRS the customer’s adjusted basis (cost for tax purposes) in the security and whether any gain or loss is short- or long-term. When these rules are fully implemented, the IRS will be in a much better position to monitor whether taxpayers are properly reporting investment gains and losses.

More guidance on the small business health care credit. The IRS issued a second wave of detailed guidance on the small employer health insurance credit created by last year’s health reform legislation. For tax years beginning after Dec. 31, 2009, an eligible small employer (ESE) may claim a tax credit for non-elective contributions to purchase health insurance for its employees. An ESE is an employer with no more than 25 full-time equivalent employees (FTEs) employed during its tax year, and whose employees have annual full-time equivalent wages that average no more than $50,000. However, the full credit is available only to an employer with 10 or fewer FTEs and whose employees have average annual full-time equivalent wages from the employer of not more than $25,000. And, in general, the ESE must pay not less than 50% of the premium cost of the employee health plan. The new guidance examines which employers qualify for the credit and which employees may be counted for credit purposes. It includes new rules for satisfying the complex uniform contribution requirement with special transition rules for 2010. The IRS also issued the final version of Form 8941 (Credit for Small Employer Health Insurance Premiums), which is used to claim the credit.

Standard mileage rates up. The optional mileage allowance for owned or leased autos (including vans, pickups or panel trucks) is 51¢ per each business mile traveled after 2010. That’s 1¢ more than the 50¢ allowance for business mileage during 2010. Further, the 2011 rate for using a car to get medical care or in connection with a move that qualifies for the moving expense deduction is 19¢ per mile, 2.5¢ more per mile than the 16.5¢ for 2010.

More interest deductions for debt on the purchase of an expensive home. In new guidance on rules for deducting qualified residence interest, the IRS has determined that acquisition debt incurred by a taxpayer to buy, build, or substantially improve a qualified residence can also qualify as home equity debt to the extent it exceeds $1 million. As a result, a taxpayer can deduct up to $1.1 million of the debt securing the purchase of his principal residence.

Basis overstatement can trigger 6-year limitations period under new regulations. The IRS has issued final regulations under which an understated amount of gross income reported on a return resulting from an overstatement of un-recovered cost or other basis is an omission of gross income for purposes of the 6-year period for assessing tax and the minimum period for assessment of tax attributable to partnership items. The 6-year limitations period applies when a taxpayer omits from gross income an amount that’s greater than 25% of the amount of gross income stated in the return. Several courts had held that a basis overstatement is not an omission of gross income for this purpose. In response to these decisions, the IRS issued the new regulations to clarify that an omission can arise in that fashion. After it initially issued these regulations as temporary ones, the Tax Court found them to be invalid. How other courts will react to the clarification remains to be seen.

New law delays start of filing season for some taxpayers. Some taxpayers planning to file their 2010 tax returns early have been advised by the IRS to wait until mid- to late-February, 2011. Affected taxpayers are those planning to file Schedule A or claim above-the-line deductions for higher-education tuition and fees or educator expenses. The culprit is Congress’s late passage of the 2010 Tax Relief Act. The IRS needs time to reprogram its computers to reflect the changes.

The above was contributed by James P Ventriglia CPA. We recommend that you consult your personal tax advisor before acting on any of the items above and this is intended for informational purposes only.