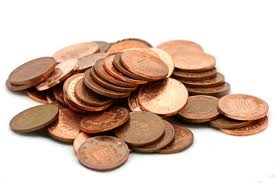 It was noted at NPR that a rogue Dunkin’ Donuts franchise owner  “decided to eliminate the use of pennies” — the latest salvo in the long-running, low-grade war on the penny.

I called Dunkin’ HQ for comment. In an email today, the company told me that the store has abandoned the ban.

A Dunkin’ Donuts franchisee, who introduced a voluntary policy suggesting the elimination of pennies, has since removed the sign based on customer feedback.

Also of note: Dunkin’ stores are free to ban whatever currency they want, as long as they don’t run afoul of the law.

Our franchisees are independent business people and as such make decisions that impact their restaurants, including whether or not to accept certain currencies, unless state law says otherwise.