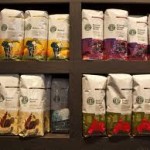 In U.S. District Court for the Southern District of New York, Judge Cathy Seibel ruled that Kraft “has not established that it has suffered irreparable harm,” indicating the packaged-food giant failed to meet a key hurdle that would have allowed the court to rule for the injunction.

The legal victory for Starbucks sets in motion an upheaval in the premium-coffee category.

Starbucks now has a definitive date to bring the distribution of its packaged-coffee products in house, which should help boost margins, and it can meet with retailers to decide on marketing plans and the future of sales of its coffee outside of its stores.

After the ruling was issued Kraft issued a statement saying the company “intends to appeal the decision to the U.S. Court of Appeals for the Second Circuit on an expedited basis.”

Seibel said that Kraft, rather than making plans to prepare for life after Starbucks, engaged in a legal delaying game that included the request for a preliminary injunction.

“You didn’t look for an apartment; that’s your problem,” Seibel told Kraft during the hearing, suggesting Starbucks had given Kraft ample warning of the change. Kraft was going to loose Starbucks either way, she said, and should have been preparing for the loss of that business.

The two consumer-product giants still face the question as to whether Starbucks will have to pay a fee to Kraft to terminate the distribution agreement. That matter is before an arbitration panel in Chicago.