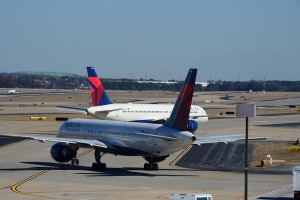 Speaking of minimum wage battles, Bloomberg reported this week that several airlines have challenged the actions of the Port of Seattle Commission last July when it enacted a minimum $15/hour wage for airport workers in the City of Sea-Tac, which completely encompasses the Seattle-Tacoma International Airport.  In the case, known as the Air Transport Association of America Inc v. Port of Seattle, 14-cv-01733, U.S. District Court, Western District of Washington (Seattle), the plaintiffs allege that Sea-Tac’s elevated minimum wage is pre-empted by federal laws, including the Railway Labor Act, which purportedly governs the employment of airport workers.  There’ll be much more to come on this issue in the future.