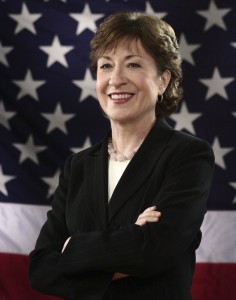 Although it’s unlikely that the Senate will move favorably on the Save American Workers Act, quite the contrary is true on the subject of increasing the federal minimum wage.  In fact, the Senate is reportedly getting close to bringing the issue to the floor for a vote to increase the federal minimum from its current $7.25 per hour to $10.10.  To illustrate that fact, be advised that motions to move the bill forward for a vote were made on three separate days this week alone.  On that subject, we’ve been advised that Senator Susan Collins (R – Maine) is wavering in her opposition to the bill, which would also index the minimum wage to inflation rates in the future, and we therefore encourage all of our Maine franchise owners to get on the phone to the Senator’s office and advice that she oppose S. 1737 and not compromise.  It is especially important that you advise her staff immediately how many individuals you employ in Maine and how such an increase would be harmful to your business.