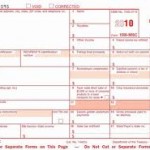 Examiner.com reports that Small business cheered yesterday as a bi-partisan vote in the Senate took place to repeal the 1099 requirement that was placed into the massive Healthcare bill passed last year.  This requirement had been seen as a massive ‘tax’ on both people, and small businesses as it would have required anyone performing any transaction equaling or exceeding $600.00 to issue a 1099 form as part of the process.

The sheer cost of doing this, coupled with the cost many people would have to incur by hiring accounting help just to deal with this provision,  could have burdened small businesses to the point that up to 40% would have had to close their doors, or layoff workers.

The other good news here is that it is likely the President would sign a repeal of this provision once the House passes the bill in their chamber.  President Obama spoke about the 1099 requirement in his State of the Union address as something the Democrats would be willing to compromise on, and as you can see by the 81-19 vote in the Senate, both sides moved quickly to address it.