When Independent Joe reached out to industry-watchers to get their reaction to the Inspire Brands $11 billion purchase of Dunkin’, we heard terms like “stratospheric” and “through the roof” used to describe the $106.50 per share price Inspire agreed to pay for the Dunkin’ and Baskin-Robbins flag. Jonathan Maze, editor of Restaurant Business magazine, put it this way. “We don’t see deals like this every day.”

According to the Atlanta Business Journal, “With the Dunkin’ Brands acquisition, Inspire Brands’ portfolio will represent $26 billion in systemwide sales and more than 31,600 restaurants in more than 60 countries.” For Dunkin’ franchisees it means a return to the world of private equity ownership, out of the spotlight of quarterly earnings, but inside a more opaque environment where owners plot the course of their lucrative exit plans. 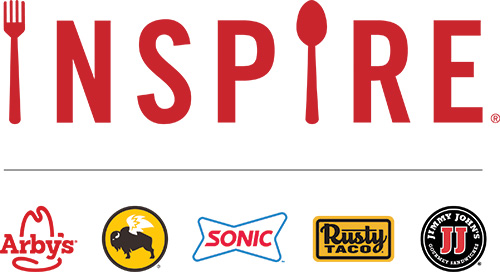 In the case of Inspire’s backer, Roark Capital, a purchase like Dunkin’s can stay on the balance sheet for quite some time. The New York Times reports, “Roark Capital is known for investing in its companies’ digital abilities, managing them at arm’s length and holding investments for longer than the typical three to five years for private equity firms. In some cases, it has held on to companies for more than a decade.” When Bain Capital, the Carlyle Group and Thomas H. Lee Partners bought Dunkin’ in 2006 for $2.4 billion, they held the company for six years before spinning it into a public company with the stock symbol DNKN. The stock opened at $19 per share in July 2011.

Of all the changes that a deal of this magnitude could bring, DDIFO Restaurant Analyst John Gordon, principal and founder of Pacific Management Group, believes the contract Dunkin’ has with its operators will be left alone, at least for now. “The franchise agreement will not change. Inspire will not want to mess with changing the franchise agreement,” he says. Nor does he think the new owners will micro-manage the Dunkin’ business. “I don’t think that’s their model,” he says, adding the company will likely lose some corporate employees through the inevitable restructuring that comes with an acquisition. “Dunkin’ Brands will commit to an organizational realignment structure where certain functions will fold in to corporate-held divisions,” Gordon says.

Wall Street sees it the same way. According to a note from Morgan Stanley analyst John Glass, Inspire has expertise in creating “a scale operation for restaurants” and this deal will make it the fifth-largest restaurant operator in the world. The large scale, Glass wrote, “will better position Inspire to share resources across its many brands, including technology, marketing, franchisee relations and corporate overhead.” 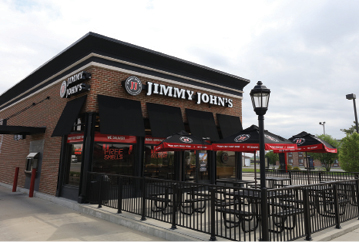 Maze doesn’t see any warning signs for franchisees, though he says we should expect some changes in the way the corporate aspect of the Dunkin’ business runs. “As I understand it, the brands do have a certain amount of autonomy. It doesn’t work well to cobble together brands and insist they operate under one big umbrella. All these brands are different. It would be a mistake to operate them all in the same way.” Nor does he believe we will be seeing Baskin-Robbins ice cream sold at Sonic or Dunkin’ lattes sold at Arby’s anytime soon, claiming those kinds of synergies don’t usually work.

Still, franchisees won’t know for some time how the new owners’ plans for revenue and expansion will ultimately impact them. Misty Chally, the executive director of the Coalition of Franchisee Associations (CFA), says the uncertainty of the situation underscores the importance of having a strong independent association. “When there is consolidation, maintaining brand identity is important and the independent franchisee association is crucial to maintaining that identity and making sure the brand’s franchisees are heard and represented.” 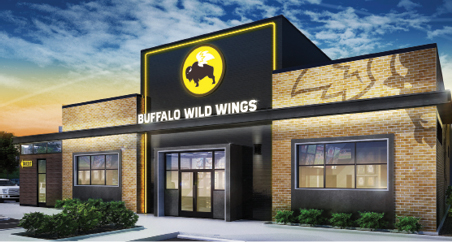 Dunkin’ CEO Dave Hoffmann has said the company’s goal is to get to 17,000 restaurants; there are currently about 12,600 Dunkin’s. Growth beyond the company’s east-of-the-Mississippi footprint has been progressing since former boss Nigel Travis shifted expansion into gear in 2015, but it takes time. Dunkin’ opened its 100th California location in June 2019 and still hasn’t reached the kind of density experts say is needed to achieve marketing, logistical and operational efficiencies. Experts believe Inspire’s growth plan will have to be aggressive if it is to recoup its investment.

As the most expensive member of Inspire’s collection of restaurants, Dunkin’ will likely feel pressure to overperform—and justify its $11 billion price tag. Plus, there is the possibility Inspire will use Dunkin’s reliable revenue to help shore up other portfolio brands if they run through a rough patch. Dunkin’ franchisees have grown accustomed to an open, collaborative relationship with their franchisor. For the time being, it appears Hoffmann and his leadership team will remain at the helm, but they will be reporting up the ladder to a big restaurant group. Some Inspire brands, like Buffalo Wild Wings, have strong franchisee associations and there is no evidence their brands took any steps to marginalize those associations once they were purchased by Inspire. Still, as long-time Dunkin’ franchisees know, chain owners can sometimes resort to top-down, “our way or the highway” directives that operators feel are not in their best interest. Private equity owners, in particular, are known for saddling their companies with insurmountable debt. As Chally points out, “Dunkin’ has a great relationship with its franchisees, but even when relationships are strong, there are good and bad times. It depends.” Having an independent franchisee association to speak for all franchisees is vital, she says. “If you don’t have that, there may be no relationship at all.”