By AdminPublished January 1, 2021Category From the Executive Director 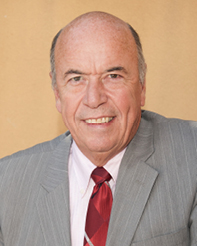 There’s a story that many of us in the Association Management profession hear when we first enter the field. It is generally told to underscore the importance of volunteerism and illustrate that associations need to rely on the engagement of their members to ensure their success. It goes like this.

With apologies to the original author, I want to twist the applicability just a bit to make it fit Dunkin’s new ownership status. As we know, Inspire Brands, backed by private equity giant Roark Capital, closed on its purchase of Dunkin’ Brands just before Christmas. The cost was an eye-popping $11.3 billion. Inspire owns a handful of other successful brands across the fast-food space and adding Dunkin’ completes their sweep of each day part—from breakfast right up through ice cream on the way home after some beer and chicken wings!

So here goes, Everybody in the Dunkin’ system is rooting for a healthy relationship between franchisees and the new company that purchased the bran.Nobody wants things to go south. But if they do, not just just Anybody will be able to protect franchisee interests. DDIFO is the Somebody that is independently financed and well-positioned to be a protector.

Dunkin’ has been under the umbrella of private equity (PE) ownership before and although it predates my tenure with DDIFO, I understand it was not necessarily a good time for the franchise owners who invested their life savings in building the iconic Dunkin’ brand. Elsewhere in this issue of Independent Joe, we have an article that more carefully lays out some of the Dunkin’ history with private equity ownership and its impact on franchisees. You’ll enjoy reading it.

The last time Dunkin’ was owned by a private equity company, brand leaders targeted select franchise owners for punishment and expulsion from the Dunkin’ system. The practice created mistrust between franchisees and the franchisor, but it also generated revenue ahead of a splashy IPO and lucrative payoff for the PE group.

During that time, this organization demonstrated the true value franchisees get from their independent association. DDIFO took steps to highlight abusive behavior that was being perpetrated on franchise owners. DDIFO commissioned an investigatory study that detailed Dunkin’s aggressive behavior (356 lawsuits filed by the company against franchisees in one year). DDIFO communicated these issues to the press, which culminated in an embarrassing barrage of news media coverage. As we detail on page 12, a 2009 Boston Globe article said Dunkin’ franchisees were “accusing the company of aggressively targeting shop owners in an effort to terminate store agreements and collect hefty penalties.” Attorney Robert Zarco was quoted as saying loss prevention was being operated as a profit center. That fact was subsequently confirmed personally to me by a former corporate employee, who was familiar with the operation. Zarco has corroborated the story by quoting a witness he called in a trial against Dunkin’ Brands who said, the brand “got rid of franchisees that were trouble and [made] money.”

Inspire Brands is a successful well-capitalized and growing company; it now ranks as the nation’s second largest restaurant company. It didn’t get to the top of the food-service mountain by destroying the successful franchisees that built its brands. But, it is worth noting, Inspire assumed an astronomical amount of debt with the Dunkin’ purchase. Somehow or other, they’ll need to increase revenues and/or cut costs to make the numbers work. We don’t yet know how that will happen, but franchisees and DDIFO leadership hope that those dark days – when private equity-backed owners targeted franchise owners for punishment, used loss prevention as a club to extract penalty fees from franchisees and sued franchise owners with trumped-up charges – won’t be returning any time soon.

But if they do, Everybody should unite to fight against those abuses. Nobody can really succeed going it alone. Corporate could choose to target Somebody, or Anybody for that matter and Nobody would want to see that. Ultimately, it could really get bad for Everybody, again.

We all hope this new phase of corporate ownership runs as smoothly as it has for the past several years. If, for any reason it doesn’t however, DDIFO will be there to step in and protect franchisee interests. Inspire Brands may have never found itself in that position before, but we have.