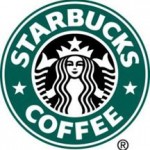 Bags under 1 lb. were priced higher

Martine Powers of the Boston Globe reports that Starbucks was adding about $1.50 to the price of bags of coffee beans weighing less than a pound, never posting the addition to the price.

The Massachusetts Office of Consumer Affairs and Business Regulation discovered the practice in late August and fined five Starbucks locations with $1,575 for overcharge violations two weeks ago.

Last week, Starbucks nixed the $1.50 fee – and not just in Massachusetts. Pressure from the state’s consumer agency spurred the company to eliminate the extra charge nationwide.

“It’s a message to the whole marketplace,’’ Barbara Anthony, undersecretary of the Office of Consumer Affairs, said in a phone interview yesterday. “We have to be able to trust that the price we’re paying is the price we should be paying for a particular commodity.’’

When a customer ordered a bag of coffee beans weighing less than 1 pound, Starbucks tacked on about $1.50 to the price without putting up signs about the fee in the store or itemizing the extra charge on receipts.