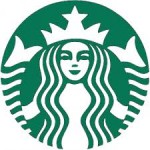 Starbucks, which is pursuing growth outside its namesake cafes, has signaled that it is eyeing multiple single-serve deals around the world.

Reuters reported on Monday that the world’s biggest coffee chain is in partnership negotiations with Green Mountain Coffee Roasters Inc <GMCR.O>, citing a source close to the talks. Starbucks on Thursday declined comment on the issue.

Green Mountain dominates the single-serve market in the United States with its Keurig brewer, but is not a player internationally. Its shares fell 4.8 percent to $41.97 in afternoon trading.

In the memo to Starbucks’ top brass, Starbucks Chief Executive Howard Schultz said he is increasingly being asked about the company’s plans regarding Green Mountain, which has patents protecting some of the technology around its K-Cup coffee pods.

“Green Mountain has done a very fine job introducing single-serve brewer technology to the U.S. market. And as a result it has emerged as an early leader,” he said in the memo.

“But as I have said, these are very early days, and history has demonstrated time and again that patents alone do not determine market winners-deep customer engagement, best-in-class experiences and quality do,” Schultz said.

While small, the single-cup coffee segment “is growing faster than any other segment in the global coffee industry,” Schultz said.