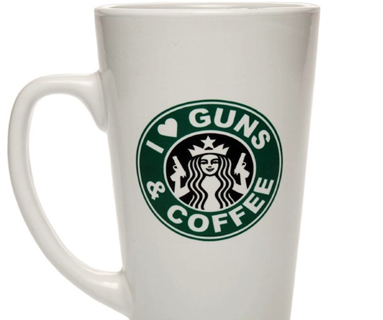 Starbucks’ CEO this week issued what he called a respectful request that gun owners not carry weapons into the stores. Claiming the company was neither pro-gun nor anti-gun, CEO Howard Schultz posted a letter on the company website asking that weapons not be brought into their stores, even in states where open carry is permitted – but it’s described as not a ban on guns, just a respectful request!