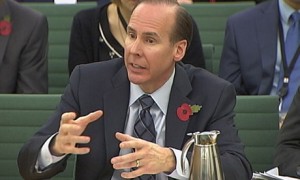 It was announced yesterday that the current Chief Operating Officer of Starbucks, Troy Alstead has stepped down after a 23-year career with the company.  He previously served as the Chief Financial Officer during his tenure with Starbucks and also led its international, Europe, Middle East and Africa business units at different times.  He will take an extended unpaid leave from the company beginning March 1.