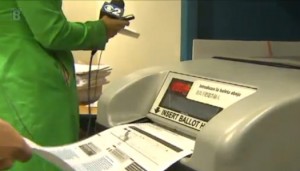 Ballot measures mandating increases in the state minimum wage were approved in each of the four states where it was presented to the voters.  Alaska voters approved a new minimum wage of $9.75 by January, 2016.  Thereafter, the state wage will be adjusted based on inflation or be set $1 higher than the statutory federal minimum, whichever is greater.   The measure passed by a 69% – 31% margin.  A full 65% of Arkansas voters approved an increase in that state’s minimum wage from the current $6.25 to $8.50/hour in January, 2017.  It increases to $7.50 this coming January, then increases by $.50 in each of the following two years.  Known as Initiative 425, just under 60% of Nebraska voters approved an increase in that state’s minimum wage to $9/hour within the next 14 months.  The new law requires the minimum to increase by $.75 from the current $7.25 in January, 2015 and then another $1 to $9/hour the following year (January, 2016).   The remaining binding ballot increase in the minimum wage took place in South Dakota where Measure 18 increases the current $7.25 minimum by $1.25 in January, 2015 and then bumps it again the following new year by another $1/hour to $9 in January 2016.  Subsequently, the South Dakota minimum will be tethered to the rate of inflation and guaranteed an annual increase.  In addition, the measure establishes the tipped employee wage at half the new minimum, doubling that wage from the current $2.13 to $4.25 in 2016.  Although not binding, the advisory question on increasing the Illinois minimum wage was approved by 62% of the voters this past Tuesday.  The question advises the Illinois legislature that voters approve of the notion of increasing the state minimum to $10/hour in 2015.  What the Illinois legislature will now do with the issue remains to be seen, but . . .