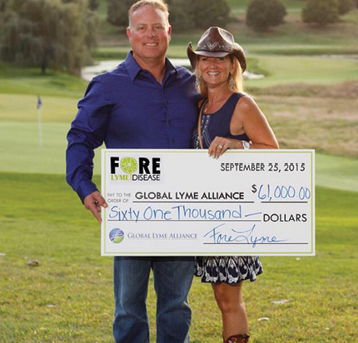 After 30 years in the business, it’s safe to say that Steve Catalano knows a thing or two about donuts and Dunkin’. He started baking donuts at a Mister Donut owned by his father, Frank Catalano, at night while attending Westfield State University, and officially joined his father in business in 1989. A year later, Dunkin’ Donuts bought Mister Donut. The Catalanos sensed the opportunity, converted their single store in Woburn, Mass., and looked to acquire more. A listing in The Boston Globe showed two locations available for sale, one in Groton and one in Townsend. They purchased both and began to expand within the system. The rest, as they say, is history. About 12 years ago, Frank retired and Steve took over Catalano Management. Today, Steve owns 41 Dunkin’ restaurants, more than half of them in Music City, U.S.A.

Nashville is known for many things, including hot chicken. Although spicy fried chicken has been a staple of the Nashville African American community for generations, the current style of hot chicken dates back to the 1970s. Today, it’s a very popular dish, not only in Nashville but across the country.

Nashville is also known for its thriving business community. Steve had spent some time – from 2000-2003 – in the Sunshine State, partnering with a group to expand in the Stuart, Port St. Lucie and Miami markets. After three years, however, he sensed the timing was right to set his sights a bit further north in Nashville. He wanted to seize the many opportunities there and upon arrival formed a partnership with Matt Campobasso called Route 65 Management. Together, Catalano and Campobasso purchased three existing franchises in the city, netting them 14 stores. Then they settled in and built seven more.

“Nashville is one of the top growing markets in the country,” Catalano says. “The economy is diverse and expanding rapidly, which obviously, we like. They aren’t dependent on one industry and the state is incredibly business-friendly.” 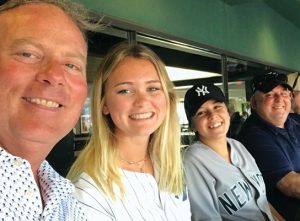 While many of us think of Country Music and the Grand Ole Opry along with hot chicken when we think of Nashville, the city has also attracted large employers like Nissan, Bridgestone, Under Armour, and of course, Amazon, which is building their Operations of Excellence, a new campus that Amazon awarded to Nashville in 2018, bringing about 5,000 new jobs with it.

But, it’s not only corporate giants that Nashville attracts. Businesses of all sizes are drawn to the region, partly due to Tennessee’s pro-business climate.

According to the Tennessee Department of Economic and Community Development, the state attracts businesses because of their fiscal management and investments in the economic ecosystem, including public education, workforce development and international business reach.

What’s more, “unlike Massachusetts where there’s a Dunkin’ on every corner, there is plenty of room for expansion [in Nashville]. We’re set to open four new stores in the area in the next 12 months,” Catalano says.

In addition to the Dunkin’ restaurants, Route 65 Management also owns a CML (Central Manufacturing Location) in Tennessee that supplies baked goods for all their stores as well as for four additional franchise networks in the state. 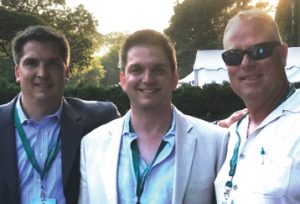 “What can I say? We absolutely love it here,” Catalano says.

But, Catalano doesn’t spend all of his time in Nashville. While he remains focused on projects and expansion there, he splits his time returning to his home in Bolton, Mass., about 45 miles northwest of Dunkin’ Brands Canton headquarters. Christin Catalano, his wife of 26 years, spends most of her time up north.

“I couldn’t do this without the support of my wife,” he says. The couple also has two daughters: Courtney, who is dealing with chronic Lyme’s Disease and works in the family business when she can, and Sammie who is a sophomore at Highpoint University in North Carolina.

The Harder You Work, the Luckier You Get

Much has changed in the dozen years since Frank Catalano retired, but Steve says he checks in with his dad almost daily. They talk about life and they talk about business. Steve learned many lessons from his dad and says he is grateful for the years they worked together.

One of those lessons has to do with work and rewards. “The harder you work, the luckier you become,” Steve recalls his dad telling him. He has worked hard in his career and feels very lucky to be working in the business. What’s more, he cares deeply about each of his 650 employees and empowers each to reach their highest and fullest potential. That philosophy has been on display in the age of COVID. 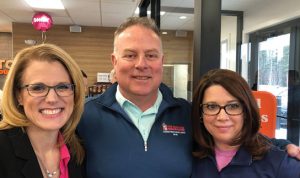 “You can plan for contingencies and anticipated issues, but it’s pretty difficult to plan for a pandemic,” says Catalano. “Our team has rallied together. We have a great group of people who are working hard to keep each other safe as well as our customers. They take pride in their work, and it shows.”

And even though he has spent three decades in the Dunkin’ business, Catalano has also learned that he needs to be adaptable.

“It wasn’t ‘business as usual’ when COVID hit, and of course, we ended up altering many of our processes,” he says. “We made sure every T was crossed and every I was dotted. It was imperative that our lines of communication were completely open and we did everything we could to minimize any risk to our employees or customers.”

Catalano held daily Zoom meetings with his managers, stopped sharing employees across different stores so that each employee worked in their own pod. He also kept a close eye on his inventory.

“Despite it all, I learned a lot and my appreciation only grew for this company. I am so proud of how everyone – from corporate to the franchisees – adapted and worked together to get through this incredibly difficult time.”

And, he wasn’t surprised by that adaptability. In fact, he says Dunkin’ has always been adapting and evolving.

“Thirty years ago, we were baking donuts two times a day at the back of the store and pouring coffee from carafes. I never thought that would ever change, but it certainly did in countless ways for the better,” he says. “We keep innovating, keep on rolling and our brand is now stronger than ever.”