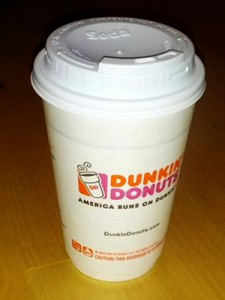 The styrofoam ban in Brookline, Massachusetts will officially take effect on January 1, 2014.  Dunkin’ shops within the Boston bedroom suburb have already begun using an alternative cup developed by Dunkin’ in their efforts to find an environmentally friendly alternative to its iconic polystyrene cup.  Ironically, in local press reports, Brookline Health Chief Alan Balsam acknowledged that the new cup, which meets the ban’s requirements, is not recyclable because of its plastic liner inside.   File under “Watch out what you ask for!”