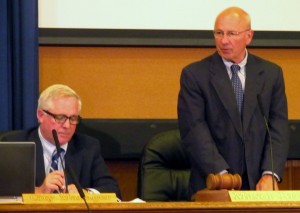 Portland Maine, which has been debating and deliberating since last September a ban on polystyrene foam for beverage cups and food containers adopted the ordinance earlier this week by a 6 – 3 vote.  The council action came after what was described as two hours of impassioned debate and sharply divided testimony on Monday evening. The ban becomes effective on April 15, 2015.  Portland will join Amherst and Brookline, Massachusetts, New York City, Albany County and a host of other cities around the country that ban Styrofoam.