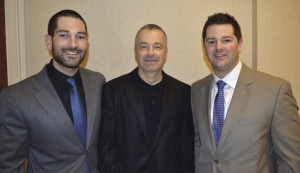 Nobody ever thought it would happen. After all, hurricanes aren’t supposed to hit Queens, New York. But in October, 2012, Hurricane Sandy had a mind of its own. This Category 3 Superstorm became one of the most deadly and destructive hurricanes of the Atlantic season and the second costliest hurricane in United States history, to the tune of $68 million and counting.

At the same time that Hurricane Sandy was beginning to brew, Shaun Cain was in discussions to take over several Dunkin’ Donuts shops in the Rockaways—a peninsula of Long Island that is among the more remote parts of New York City.

“The previous owner was considering selling prior to Sandy, however, after the storm, he figured that it would not be possible to commence a deal due to the massive damage that his network had undertaken as a result of Sandy’s wrath” says Cain.

“We braced for cover, but couldn’t do anything about it,” remembers Cain. The storm flooded streets and crumpled buildings.

“The franchisee told me that it was so bad that three out of the five stores were destroyed and would need a complete gut job and all new equipment. They were under six feet of water. We were looking at spending least one million dollars in capital improvement.” 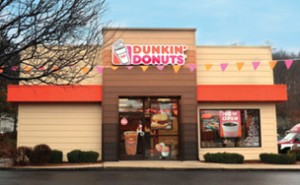 Among the five shops the Cain family purchased in the Borough of Queens is this location at 113-20 Beach Channel Drive in Rockaway Park. Over 100,000 people live in this 11 mile peninsula, just 19 miles from Midtown Manhattan.

It would be a long road back, but Cain and his family were not prepared to turn the page on this opportunity. The Rockaways would rebound, they believed, and, when it did, visitors and residents would return to pre-storm levels.

Cain took a close look at the properties. “I told him I would buy them for the price we agreed upon before the storm hit and take on the financial burden of rebuilding the stores.”

That was the end of October, 2012. Three months later, Cain closed on the stores. “We took a big risk,” he admits.

Risk is a common theme in the history of the Cain family business. In 1974, Jim Cain, just 21 years old, purchased a share in his first Dunkin’ Donuts on Smith Hill in Providence—in the shadow of the Rhode Island State House. He had worked for years to save the money and had prepared for his new venture by training in one of the stores co-owned by early Dunkin’ pioneers Manny Andrade and John Henderson. “I learned at the beginning that success in this business is based on a culture of hard work,” Cain remembers.

Business was good and in 1976, with two years’ ownership experience under his belt, a newly married Cain and his wife, Mary, decided to sell their share of the Providence store and take over an existing store 130 miles away on Main Street in Norwalk, Connecticut.

“It was a chance to start a life and a family together. Yes, it was a big risk,” says Cain, who credits Mary as “a central partner in those early years.”

Over the next dozen years, Cain increased his holdings to six stores. His two sons, Jim junior and Shaun, eventually moved into the business. Today Cain Management, Inc. (CMI) owns and operates 53 Dunkin’ Donuts locations in Connecticut and New York, with Jim Jr. operating the Connecticut stores and Shaun the New York stores.

Cain recalls the conversation about expansion the family had in 2006. “There wasn’t much opportunity to expand in Connecticut,” Cain remembers. “We knew that in order to grow, we had to move into a new area.”

Dunkin’ Brands was holding the keys for five stores in Queens and the Cains made the deal.

“Queens was risky. We thought it would be just like Connecticut, but it wasn’t,” says Cain. “We learned almost everything about doing business in New York is different—only the brand and products are the same.”

According to Jim Cain Jr., while the family’s Connecticut stores had regular customers, many of whom drove through on their way to work, the Queens stores drew pedestrians and public transit riders. Also, in Queens, people bought more donuts.

The family was faced with what they called a steep learning curve. According to Jim Cain Senior, “It took 12 months to figure things out. Shaun was living in New York, working the stores and he definitely figured it out.”

The New York deal included a development plan to build an additional nine locations in Queens over the next three years. Today, CMI has a network of 50 shops – including a new Norwalk, Connecticut drive-thru location that opened at Thanksgiving – and has started construction on stores number 30 and 31 in Queens.

“Development is 60 percent of my daily business,” Shaun Cain says. So, even as he meets with managers, reviews P-and-L’s with supervisors and monitors current stores under construction or renovation, Cain is always looking around for real estate the family can develop.

Case in point: across from one of the Rockaways’ Dunkin’s, Cain spotted a Wendy’s. It, too, had felt Sandy’s wrath but, like the Dunkin’ shops, it had tremendous upside potential.

“It was on the water; I thought I might as well buy it too,” Cain says. “I told [the owner] I would give him what he paid for it.”

The Rockaways may look and feel like a quiet, seaside community, but it is New York City. Over 100,000 people live along this 11-mile strip that’s a 40-minute train ride to Midtown Manhattan.

“One of the stores was near a train station and captured the subway traffic,” Shaun Cain says. “It was a $3 million dollar drive thru. The business was already doing well. From a pure demographics standpoint, it was a no-brainer.”

By mid-February, Cain’s Rockaways’ stores were all open for business. Shaun Cain says he is proud of how the rebuilt shops look. One in particular had a parking lot that was badly damaged; it cost $30,000 to fix. “The building was leaking and it was a complete disaster,” he says. “Now it’s the Taj Mahal of Dunkin’s.”

When the doors opened it was news. The papers covered it, a local radio station broadcast live from one location and former New York Giants linebacker Antonio Pierce made an appearance.

Shaun expected the area would rebuild and people would come back, but he didn’t expect the way the community would respond to the return of the local Dunkin’s.

“The customers were very happy; the community was hit so hard at the time. This brought local jobs back and showed hope,” he says. “The community really loved it!”

Hindsight may be 20/20, but when a business owner makes development a focus of his job by learning about a market, its demographics and traffic patterns, it shouldn’t be a surprise when he makes the right decision about where to expand.

“Sandy created an opportunity for us. You can test the market and the demographics, but you can’t really analyze situations like Hurricane Sandy.”

Just about any real estate developer has had that moment when he’s convinced people think he is crazy to do a certain deal. Cain knows why so many of those visionary deals get done.