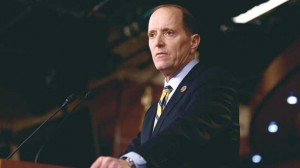 We’re all familiar with the saying that the “wheels of government turn slowly” and as if to underscore the prescience of that old adage, the US House of Representatives on Wednesday passed an extension on as many as 50 tax credits that expired at the end of 2013 – but the extension is only through the end of 2014!  The “Tax Increase Prevention Act of 2014” or so-called “Tax Extenders Bill”, (H5771) was approved by a bi-partisan vote of 378 – 46 and is now pending in the US Senate. The issue has been a constant one throughout the year with the House wanting to review the credits and any extension of them individually and the Senate advocating a multi-year extension of all of the expired credits.  Among the more important credits for the QSR industry that would be restored by H5771 are 50% bonus depreciation on eligible assets, accelerated 15-year depreciation for qualified restaurant leaseholds, reinstatement of Section 179 expensing and restoration of the Work Opportunity Tax Credit, among others.  Under the current provisions of H5771, the extension is only for 2014, meaning that it too will expire at the end of this calendar year (a three-week tax credit?).  More information is available here, but suffice it to say that the Senate is entertaining a longer extension that would keep these credits in place at least through December of 2015.  Please contact your Senators and urge them to support amending H5771 with a two-year extension of these credits.  You can write a letter to your Senator by visiting CFA Votes here.  Who says Washington is broken??