The Golden Arches will be dishing out sweets soon in 2 different directions and for 2 very different reasons. For the first time in eight years, McDonalds said it is adding baked goods to its breakfast menu in the hope of strengthening its weak breakfast daypart. The company announced this week that it would begin…

We noted that McDonalds is looking to increase its bet on the breakfast daypart with their own version of Dunkin’s donut fries beginning next month. The Golden Arches plan to launch a limited time offer of donut sticks as a new item on its breakfast menu in February. The new LTO is a direct takeoff… 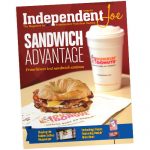 No longer just a ho-hum combination of white bread and filling, today’s sandwich has evolved into a creative and versatile snack or portable meal, and a gastrointestinal necessity for Americans on the go. For Dunkin’ Donuts franchisees, this translates into big opportunity and a big challenge. How do you add new and more complicated sandwich… 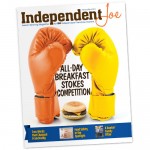 If there’s an extra glow to the Golden Arches of McDonald’s these days, you could say it’s because the morning sun is shining all day. Last spring, McDonald’s was reporting “negative guest traffic” as a cause of its 33 percent drop in net income. This year the world’s largest food chain is basking in the… 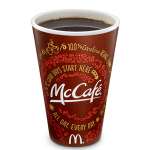 One of the components of McDonalds growth strategy for 2014 through 2016 is increasing “coffee-driven” visits.  Coming on the heels of some disappointing sales numbers for 2013, a memo sent this week urged franchisees to deliver “a gold-standard cup of coffee with every visit.”  In a webcast sent earlier in the month, the company vowed to…

Emily Bryson York reports in Advertising Age that Subway has an uphill climb to capture the morning daypart. Sudway announced last Friday that it would expand its test of Seattle’s Best Coffee to 9,000 locations in an effort to drive morning business — but it is going to have its work cut out for it if anecdotal evidence is any indication.