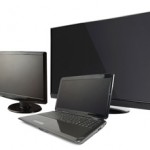 One Week Left for Settlement Filings on Flat Panel Screens

As we advised last week, next Friday, June 6, will be the last date for members to file a claim in the $1.8 billion class action settlement regarding Flat Screen PCs, Laptops, POS Systems, Security Monitors and TVs.  Go to the DDIFO CAR web page to initiate your claim with Class Action Refund.

We advised you a few weeks ago of an antitrust settlement in response to a class action lawsuit over the purchase of flat panels, including PCs, Laptops, POS Systems, Security Monitors and TVs between January 1, 1999 and December 31, 2006.  To try and ensure that our members do not get left out of this…