A group of Democratic senators, 5 of whom are candidates for the democratic presidential nomination and have pandered to protesters against the company in past weeks, wrote Secretary of Labor Alex Acosta to demand a “full investigation” into workplace violence against McDonald’s employees.  They wrote in response to an OSHA complaint against one location filed…

Notwithstanding that a number of companies have announced bonus payments and increased minimum wages as a result of the aforementioned Tax Cuts and Jobs Act, there are a host of minimum wage bills being proposed in different and states. First, the Cleveland City Council approved public service contracts with a minimum wage of $15/hour for…

It is an issue that just won’t go away, and this week was no exception with the courts, legislatures and a governor here and there each having something to say/do about minimum wages. The Cavaliers might have one foot in the grave in the NBA Finals, but the Cleveland minimum wage law has been brought…

The Supreme Court of Kentucky has ruled local minimum wages invalid in the cities of Louisville and Lexington.  In a 6-1 decision, the state’s highest court ruled that the two communities lacked the legal authority to establish specific minimum on private employers.  The case was initiated in 2014 after Louisville became the first community in… 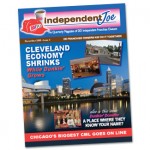