Bipartisan legislation being filed in the United States Senate would lower the fees that restaurants and other retailers pay to process credit card transactions. The legislation, S.4674, sponsored by Senators Roger Marshall (R-KS) and Senate Majority Whip Dick Durbin (D-IL), would require that the largest bank credit cards (over $100 billion in assets) provide at… 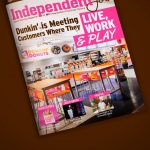 It’s no secret that the retail landscape is changing. Brick and mortar stores are popping up all over the place, but not necessarily in the ways they once did. Gone are the days when you’d cozy up to the counter at a Dunkin’ Donuts for a cup of hot coffee served in a cup on…

We noted a number of surveys released over the past week that we thought you might have some interest in. First off, online used equipment dealer Bid-On-Equipment conducted a Google search study of the most popular fast food franchises to open across the country and released its results earlier this month. Based on Google search… 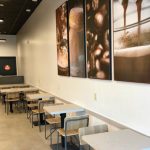 Who has More Loyal Fans?

When it comes to customer loyalty, Dunkin’ may just have an edge on its closest rival Cultivating satisfied, loyal customers has always been an important factor to the success of any business, but since social media has enabled rapid-fire opinion sharing, happy customers are more important today than ever. According to a 2016 Forrester Research… 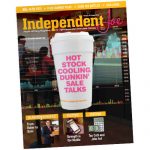 There is always a certain amount of fear and trepidation about the unknown. Think back to 1999 as we approached the turn of the millennium and the catastrophes that were forecast to accompany Y2K, as it was then known. To hear some tell it back then, computers were going to think the year was 1900,… 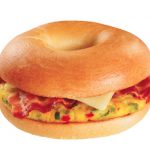 It’s a lingering question: Is McDonald’s all-day breakfast hurting Dunkin’ or isn’t it? According to John Gordon, principal of Pacific Management Consulting Group and DDIFO’s restaurant analyst, the question will hang around for a while longer. “It’s still too early,” says Gordon. “First, Nigel Travis says Dunkin’ didn’t see any impact and then he says… 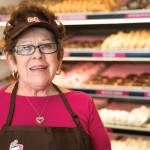 Standing Up to the Competition: Baker Turned Franchisee Finds Success in Santa Fe

Competition doesn’t scare Irene Deubel. As the only Dunkin’ Donuts franchise owner in Santa Fe, New Mexico – and an employee of the business since the early 1970s – Irene has seen it all. At one time, New Mexico’s capital city had a Mister Donut, but it long-ago shut down. The closest Dunkin’ is 50…

USA Today reports that Burger King(BKC) plans to launch a massive new coffee line as it tries to overhaul its breakfast menu and boost its slumping business.
The nation’s No. 2 burger chain will add Starbucks’ Seattle’s Best Coffee to all its U.S. restaurants in a phased roll-out that begins this summer, executives told The Associated Press on Tuesday.