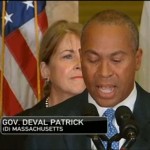 Massachusetts governor Deval Patrick on Monday, August 6, signed a health care cost amendment into law that the Dunkin’ Donuts Independent Franchisee Association pushed for, along with the National Federation of Independent Business, the New England Convenience Store Association and the Restaurant and Business Alliance 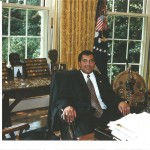 In just eight months, the Dunkin’ Donuts Franchise Owners Massachusetts Political Action Committee (DDFO MassPAC) has already reached its year-one goals and has become the model for other states and even a nationwide PAC. At DDFO MassPAC’s first Annual Meeting on October 13 in Boston’s Beacon Hill, this remarkable progress was acknowledged and celebrated, albeit with an eye on the work still to be done.

Kyle Cheney of State House News Service, published at Metro West Daily News writes that much has been made about how the sausage is made on Beacon Hill. But what about doughnuts?