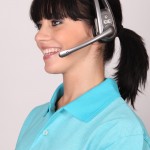 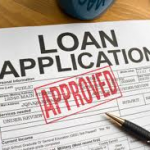 Every Dunkin’ Donuts franchise owner is unique—indeed, every shop is—and as such, each has different financing needs. With a dozen financing Sponsors currently on board and more in the pipeline, DDIFO is delivering connections to a variety of lenders that offer particular specialties to meet the diverse and distinct funding demands of its members. Whether…

On July 1, 2011, Delphi Display Systems ﻿acquired the assets of Phase Research, including the Fast Track drive-thru timing systems, a DDIFO Sponsor. One of Delphi’s top priorities following this acquisition was to re-establish its relationship with Dunkin’ Brands and ensure delivery of the highest quality products and service.

Fidelity Bank was named one of the Top Places to Work 2011 in Massachusetts by the Boston Globe.

DDIFO Sponsor Fidelity Bank was named one of the Top Places to Work 2011 in Massachusetts by the Boston Globe. They were the only bank in Central Massachusetts and one of only two employers in the region to make this year’s list.

Sprint Networks its Way to Success with DDIFO Sponsor Program

In just over a year, Sprint has seen tremendous growth in its Dunkin’ Donuts customer base, going from about 100 customers to 1,800. What accounts for this remarkable success? The carrier believes the DDIFO Sponsor Program largely drove the surge. 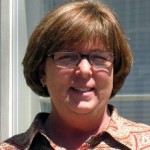 DDIFO President Jim Coen has hired Joan Gould to fill the new position of Sponsor Coordinator. Joan has more than 17 years of experience in sales and marketing as well as a background coordinating promotional events and trade shows. In her new role, she will help grow the Sponsor program and make it more successful.

“Our agreement with Dunkin’ Donuts is also proceeding well and according to plan, having placed approximately 90 new ATMs with franchisees. Including the Dunkin’ Donuts program, the total amount of ATM equipment sales this quarter increased to $1.3 million from $363,000 in the first quarter of 2009.”

With the number of DDIFO Sponsors on the rise, the benefits of the program to both participating vendors and franchise owners continue to expand.