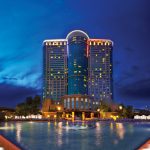 2016 DDIFO National Conference Promises the Wonder of it All

Pack your bags, make your plans, and get ready to experience “The Wonder of it All,” at the 2016 DDIFO National Conference, happening October 24-25 at Foxwoods Resort Casino in Mashantucket, Connecticut. The conference will convene franchisees from around the country in the place where Dunkin’ Donuts got its start: New England. The past three…

And Still More Changes And Delays To Health Care Mandate

In what seems a regular ritual, the Obama administration has again changed some of the rules of its Affordable Care Act (aka Obama Care), some argue in order to kick the pain down the road past the 2014 mid-term elections.  New rules announced last week extend for an additional two years, a policy implemented in…

Dems Get No Love From Small Business

Kent Bernhard, Jr. at Portfolio.com reports that grumpy is the word that sums up the mood of small-business owners going into the midterm elections. And that’s not a good sign for the ruling Democrats. A survey released this morning, and one released yesterday, show a sour mood abroad about the economy and the government’s efforts to improve it.