As we glided from one decade to another, the economy continued its exceptional run, adding another 145,000 jobs in December to cap 2019 at over 2,100,000 new jobs created! According to the Bureau of Labor Statistics, the leisure and hospitality industry added 40,000 of those jobs for an annual industry total of 388,000!  As the… 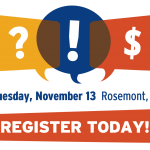 Learn how to protect your network from employment nightmares. Illinois elected officials are passing more laws mandating that employers provide more benefits to their employees. In fact this week, Northbrook opted in to the Cook County paid sick leave law! And, just over the past month or so, Illinois expanded the reach of the Illinois Wage…

As more and more states increase labor costs through their regulations, mandated benefits, increased wages and the like, many have mentioned automation as the next big step in the evolution of small businesses.  Against that backdrop, we took special note of a story this week about a second Eatsa opening, this one in New York…

Against the backdrop of anti-business rules and regulations, doesn’t government realize the more restrictions and shackles it places on small business, the more it hurts our economy?  If we delivered our message and did so in unity as one, the powers that be in government would take note.  By way of illustration, in Massachusetts, Walmart…

Oregon Latest to “Ban The Box”

Members may want to consider attending the June 2 webinar being sponsored by the Coalition of Franchisee Associations.  On June 2, CFA will sponsor a webinar entitled: How to Attract, Retain and Promote Millennials in Your Workplace from 2 – 3 PM.   DDIFO members can register for the Webinar by visiting the CFA Webinar Registration…

Time is of the essence for those Mid-Atlantic franchise owners who have yet to register for this coming week’s Mid-Atlantic region meeting coming at the Doubletree by Hilton Hotel Newark Airport.  The meeting will feature Attorneys Pat McGovern and John Vreerland, both partners in the noted New Jersey firm of Genova, Burns, Giantomasi, Webster speaking… 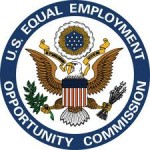 This month, the Equal Employment Opportunity Commission (the “Commission” or “EEOC”) released its enforcement and litigation statistics for the fiscal year ending September 30, 2011. According to the report, fiscal year 2011 was a record-breaking year for the Commission in several ways.