Illinois Governor J.B. Pritzker signed HB.3343 into law a few weeks ago thereby creating a Restaurant Meals Program as part of the Supplemental Nutrition Assistance Program (SNAP). The program will allow a select group of SNAP recipients (over 60 years of age, people with disabilities and homeless people who use food stamps) to use their…

It’s no surprise that Amazon yesterday reversed its decision to locate its HQ2 in New York City, and not only because new Congresswoman Alexandria Ocasio-Cortez (AOC) and other politicians bemoaned the online retailer creating all those jobs in Long Island City. It also seems a natural byproduct of the anti-business persona the city is adopting… 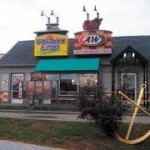 Bloomberg reports that Yum Brands Inc., which owns the KFC and Taco Bell restaurant chains, plans to sell its Long John Silver’s and A&W All-American Food Restaurants to focus on expansion in China and other regions.

A look at the fastest-growing chains

Mark Brandau of Nation’s Restaurant News reports that the annual Technomic Top 500 report found that 2009 was a brutal year for the industry’s largest concepts, with aggregate systemwide sales for the largest chains falling 0.8 percent. Upstarts, however, including Five Guys, Noodles & Company and Potbelly Sandwich Works, were able to post double-digit increases in sales.