The only Tim Horton’s franchisee in Minnesota filed suit against the brand and its parent, Restaurant Brands International, last week in US District Court. The franchisee, Tim-Minn, had planned to open 280 stores in the state, but in its lawsuit, claims the brand used false and misleading information to attract Tim-Minn participation. According to the… 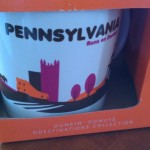 As if these stories are all somehow related, class action lawsuits against Home Depot are one thing, but yesterday, we learned of a proposed class action suit filed in Pennsylvania federal court last week alleging that a Dunkin’ Donuts franchisee incorrectly categorized several assistant managers as overtime-exempt employees.  The proposed class, consisting of at least… 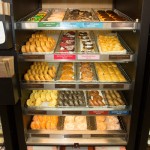 Provisions of Dunkin’s franchise agreement seems to be at the heart of lawsuits involving ten Dunkin Donut and DD-BR Combo shops in Richmond, VA.  It’s been reported that claims and counterclaims have been filed in the VA courts and that the shops remain closed while the issues are in mediation.

The Denver Business Journal reports that four class-action lawsuits brought by Quiznos franchisees against the Denver-based sandwich-shop chain have been settled, the company and the plaintiffs’ law firms said Monday. Chicago-based U.S. District Judge Rebecca Pallmeyer gave preliminary approval to a settlement agreement of the suits, which originally were brought in Colorado, Wisconsin and Illinois and which have been pending for up to three years.