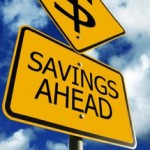 The chief executive of the new National DCP (NDCP) is not someone who makes promises easily. But, Kevin Bruce is confident of his promise that Dunkin’ Donuts franchise owners will see lower prices between now and end of June—and then again at every six month interval until December 2014. “We’re confident that through our initiatives that we will reduce prices to our members for the next three years as spelled out in the agreement,” said Bruce, who noted how just saying that was such a “good feeling”.