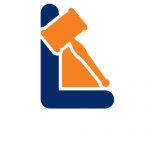 Why Changes are Needed in the Franchise Disclosure Rule

The original federal Franchise Rule was issued by the United States Federal Trade Commission (FTC) in 1979 and since that time has been amended and updated only once in a revised rule that became effective in 2008. The Franchise Rule requires that any prospective franchisee, including the purchaser of an existing franchise unit or an…

The U.S. Senate Banking, Housing and Urban Affairs Subcommittee on Economic Policy, chaired by Arkansas Senator Tom Cotton, held a public hearing this week on the matter: “Economic Mobility: Is the American Dream in Crisis?” One of the five individuals invited to testify was Subway franchisee and former Coalition of Franchisee Associations Chairman Keith Miller.…

As we’ve reported to you in the past, the Federal Trade Commission (FTC) is seeking public comment on whether to make changes to the Franchise Rule as part of its systematic review of all FTC rules. The public comment period is currently open through May 13, 2019 so please get your comments in soon. Recall…

The Federal Trade Commission (FTC) issued a notice this week regarding changes to 16 CFR Part 436, Disclosure Requirements and Prohibition Concerning Franchising, more commonly referred to as the Franchise Rule. The notice advises that the FTC is seeking comment from the public on whether to make any changes to the Franchise Rule while the…

With the National Labor Relations Board now at full strength, with his final Director appointments confirmed, sworn in and seated, President Trump this week announced his nomination of antitrust attorney Joseph Simons as the new chairman of the Federal Trade Commission (FTC). Simons, whose formal appointment is also subject to US Senate confirmation, is co-chairman…

Advertising Age Magazine reports that the Federal Trade Commission is once again handing out subpoenas to companies that market food to children and teens and Dunkin’ Brands is NOT on the 2010 list.