Perhaps stealing an idea from the QSR industry, a limited time offer has been put forth by the SHOP Marketplace (Small Business Health Options Program) regarding minimum participation rates.  Beginning earlier this week and continuing until December 15, small businesses can purchase health insurance coverage in the SHOP Marketplace without meeting a minimum participation rate. … 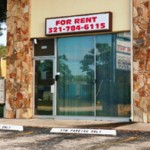 From a brightening economy to a bevy of new laws and regulations, changes are afoot across the country that could have a big impact on your franchise’s bottom line this fall. First there is the economy. More people are working and, hopefully, you are noticing customers have a little more money to spend on their…

With most focused on the abysmal record of the ACA enrollment process thus far, we want members to know that the Department of the Treasury and the IRS have issued a notice modifying the longstanding “use it or lose it” for flexible spending arrangements.  The new regulation allows for a carryover to the next year of… 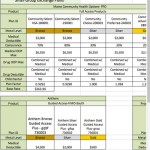 Although sighs of relief were heard when the Obama Administration delayed implementation of the employer mandate in the Affordable Care Act, members should remember that the mandated state (or federally) run Health Exchanges are still required to be available come October 1, 2013.  The state of Maine just this week released a comparison of small…

Last week, the U.S. House of Representatives passed The Reconciliation Act of 2010 (H.R. 4872) – the “fixes” bill which makes some amendments to the original health care bill. On March 30, President Obama signed the bill into law, completing the year-long process of passing health care reform. In an effort to inform and educate franchisees, the CFA Government Relations Department has provided below “Question and Answers” to help explain the details of the law to it’s association members.

Ken Walker the chairman of the International Franchise Association, and chairman and CEO of Driven Brands, says “Start Over”. That’s the message that the International Franchise Association (IFA) and its grass-roots members are telling Congress as it considers comprehensive health-care reform. And we are not alone in this call.

Reed Abelson reports in the New York Times that as Congress nears votes on legislation that would overhaul the health care system, many small businesses say they are facing the steepest rise in insurance premiums they have seen in recent years. Insurance brokers and benefits consultants say their small business clients are seeing premiums go up an average of about 15 percent for the coming year — double the rate of last year’s increases. That would mean an annual premium that was $4,500 per employee in 2008 and $4,800 this year would rise to $5,500 in 2010.