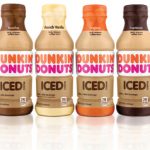 Ready to Drink: Boost or Bust for Same Store Sales?

Last year, sales of ready-to-drink coffee continued its meteoric rise—jumping 14 percent to $2.5 billion. It was the fourth straight year of double-digit growth. No Dunkin’ Donuts franchise owner would be surprised to learn that Starbucks controls 75 percent of the ready-to-drink coffee market. It’s why franchisees were generally pleased to hear the news that… 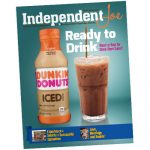 If there was one theme that ran throughout the recent DDIFO National Conference held at Foxwoods Resort Casino, it was “Be vigilant.” The theme framed discussions on franchising, government relations, Dunkin’ Brands’ new franchise agreement and the competitive landscape facing QSRs like Dunkin’ Donuts. And while some speakers presented the theme in more desperate terms…

Victor Carvalho, who co-owns a Dunkin’ Donuts franchise location in Quincy with his brother, Octavio, said his employees have gotten positive feedback about the Dark Roast brew. “There’s a segment of the population that likes the bolder taste,’’ he said.

Donna Goodison of the Boston Herald writes that Dunkin’ Donuts hopes to convince energy drink consumers to get their daily jolts of caffeine from its iced java. A new ad campaign suggests energy drink fans should “kick the can” and drink freshly brewed Dunkin’ iced coffee instead of “mass-produced” energy drinks.

Jill Waltral reports at QSR Magazine The vision of winter: sitting by a fire, sipping on freshly-brewed coffee, wrapped in a warm, fuzzy blanket.