Unemployment in a Mandate Maze

In the chaos that results from conflicting vaccine mandates (federal, state & local) and some prohibitions thereof, the business community is left with little direction as to how to operate. As an case in point, at least four states – currently Florida, Iowa, Kansas and Tennessee – have enacted laws in recent weeks that allow…

In the Halls of Justice

There have been a number of court rulings from various states around the country that we wanted to call to your attention as they impact issues on which we’ve reported and about which you may have concerns. First off, the California Supreme Court last week defined “premium pay” as the regular rate of pay used…

The seemingly endless increases in minimum wages continued over the past few weeks with the Wage and Hour Division of the US Department of Labor announcing the federal contractor minimum will increase to $10.35 per hour beginning on January 1, 2018. In addition, the minimum for tipped employees will increase to $7.25 an hour, also…

Last week, a new website was launched by the Employment Policies Institute (EPI) entitled the “Faces of $15” highlighting the victims of the Fight for $15 initiative by SEIU. The website chronicles the impact of the minimum wage on 100 small businesses and employees – not a pretty sight. SEIU gave birth to the Fight…

One could say business interests won a couple of battles this week on the issue of minimum wage increases across the country. First, Baltimore Mayor Catherine Pugh vetoed a local ordinance that would have set a Baltimore minimum wage of $15 per hour by 2022. Maryland law provides that the current minimum of $8.75 increase…

Inevitably, there is going to be one that cuts against the grain, and on the subject of minimum wages, it appears that Iowa might just be the one!  Republican Governor Terry Bransford has endorsed a small increase in the state minimum wage (currently $7.25), but also qualified his endorsement by adding that its necessary to… 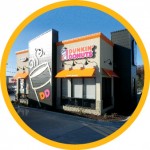 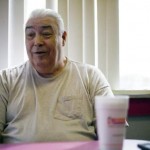 Sara Dorn of the Battle Creek Enquirer writes Tom Winchell said “cheers and tears” have been the reactions of loyal Dunkin’ Donuts patrons when they hear he will close his doors Sept. 22 at 3 p.m. after 37 years as Urbandale’s doughnut man.